Hidden Secrets of the Taino and Native Indian Herbal Formulations

For millennia, our ancestors have been using natural remedies to combat life-threatening diseases and epidemics. From the Incas, Mayans, and Aztecs in South America to the Tainos in the Caribbean, the use of special therapeutic plants was the key to the longevity and health of our ancestors.

One such plant is the annatto-bija-achiote, which when used in the right herbal combination, becomes a virtual panacea. Our ancestors harvested this miraculous plant, and turned it into one of the best natural remedies for all kinds of diseases and ailments.

Annatto is a natural spice that is derived from the seeds of the Bixa Orellana plant. These days, the ingredient is used as a natural food coloring but the indigenous people of Mexico, Brazil, and the Caribbean used annatto-bija-achiote for several medicinal purposes.

The annatto tree is native to the Caribbean islands and some areas of South America. When the Spanish came to the New World in the 1600s, they brought the small plant from the Americas to South East Asia, where it is still used as a common food ingredient.

This medicinal plant is also grown in West Africa and India, and is also used in the Philippines, Martinique, Trinidad and Tobago, and Guadalupe. The spice is also used by the Tupi-Gurani Indians of the Amazon.

Tocotrienols: The Vitamin E of the 21st Century

The active ingredient in annatto-bija-achiote is Tocotrienol, a naturally-occurring compound of vitamin E. these compounds have been scientifically proven to have powerful antioxidant and anti-inflammatory properties that help reduce the number of free radicals in the body which cause cell damage and diseases like cancers.

Our native ancestors have known about the benefits of tocotrienols for thousands of years, but the modern scientist only discovered vitamin E in 1922, and it was only in the form of alpha-tocopherol. It wasn’t until the mid-1960s that modern scientists discovered tocotrienols. Both these types of vitamins have a slight difference in molecular structures.

Tocopherol has a longer tail while tocotrienols have shorter, flexible tails. This small difference in size allows Tocotrienol to cover a bigger surface area of the cell membrane quickly, hence making them more effective and powerful as antioxidants.

The tocotrienols in annatto target free radicals that can create oxidative stress and lead to inflammation and deadly diseases. Research has found that it can treat the following disorders and ailments:

Annatto tocotrienols have been known to treat blood disorders like anemia and sickle cell anemia that is caused by malformed red blood cells, resulting in oxygen deprivation in the body. When left untreated, sickle cell anemia can cause fatigue, severe anemia, and pain, inflammation of the hands and feet, compromised immune systems, vulnerability to infections, ulcers, and lung and heart injuries.

Fortunately, annatto tocotrienols can help in reducing the symptoms of sickle cell anemia, stabilizing hemoglobin levels, and preventing permanent damage to the brain or body within a matter of weeks.

Research has shown that tocotrienols’ anti-inflammatory properties make it a potential new treatment for reducing arthritis. It also benefits the bone in osteopenia women.

Tocotrienols not just helps reduce bone loss in people with osteoporosis-related conditions, it can also help them regain some of their lost bone mass. People who use dietary supplements of annatto can prevent diseases like osteoporosis later in life.

Therefore, the use of annatto to treat bone-related issues looks very promising.

Prostate cancer is the second-leading cause of cancer-related death in the United States. However, research has shown that Tocotrienol-rich fractions retard the development and growth of prostate cancer cells.

Since tocotrienols are very effective in reducing the inflammation caused by free radicals, they are very good for regulating cholesterol levels and maintaining heart health. It can also reduce the risk of other heart-related diseases, including the impact of high cholesterol on your cardiovascular system.

Tocotrienols can protect your brain cells from the kind of damage that can result in dementia-related disorders like Parkinson’s and Alzheimer’s.

Tocotrienols may be able to target specific inflammatory factors that are responsible for the decline in brain health and slow the course of neurodegenerative diseases.

Tocotrienols are also highly effective in reducing acidity in the gut, and preventing the formation of painful lesions and ulcers.

Research has also shown that tocotrienols alone are enough to top acidity and hormonal changes that are related to stress.

Since Tocotrienol is a very powerful vitamin E compound, its continued use can help slow down, stop, and even reverse skin damage brought about by free radicals.

It can help your skin gain elasticity, reducing wrinkles and making you appear more youthful.

The Taino and Native Indian Formulations

Although annatto provides all the above benefits, the key is the right herbal combination and the correct dosage it should be taken in.

For over 5000 years, the indigenous people have kept the secret knowledge of the annatto herbal formulation safe, and have been passing it down from generation to generation only through word of mouth. Today, we offer you dietary supplements with the original ancestral herbal combination that uses annatto tocotrienols as the main ingredient.

At Bixahuman Labs, we blend the best ancestral organic remedies with modern medicines to provide people with a natural alternative to treat painful and difficult-to-cure diseases, which is affordable and accessible to all.

Our scientists have formulated nine products, including:

Prevartis T3: which may help with muscular and joint pain, menstrual cramps and inflammation.

My Cells T3: which may reduce oxidative stress and inflammation that causes low energy and poor mental focus.

Mega T3: which may help men with prostate, bladder, and urinary problems.

Women T3: which may help with symptoms of menopause and heart issues.

Cardio T3: which may help to reduce the risk of cholesterol, increased blood sugar, triglyceride imbalances, and cardiovascular diseases. 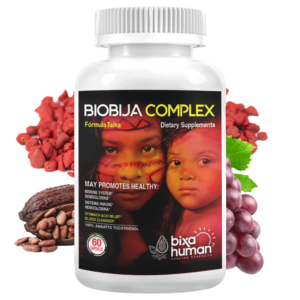 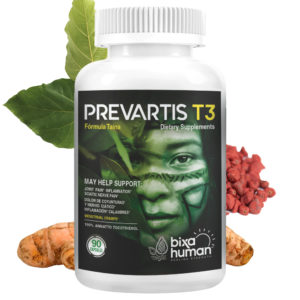 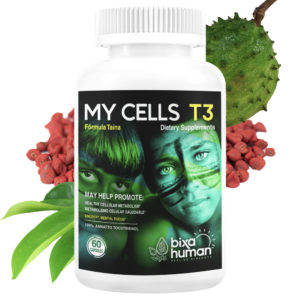 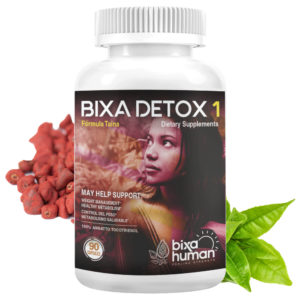